The client was a long term offshore Southern Avionics client with a SA100 NDB system.

The client wanted their existing SA100 NDB system repaired. The challenge was to determine what repairs needed to be made and to develop an action plan for the least possible cost to the client.

Southern Avionics’ engineers were sent to the vessel docked in Galveston, TX to perform an evaluation of the existing system. Upon inspection, the engineers decided to bring the SA NDB back to SAC’s factory for testing. The engineers also found that the existing helipad antenna was near the end of its life and needed to be replaced.

Southern Avionics engineers returned to the vessel to extract the old equipment and install the new SE NDB and helipad antenna. All of these upgrades were completed in just a few hours.

Visit our Services page and learn about how we can help serve your navigational needs. 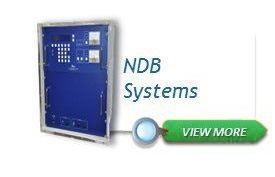